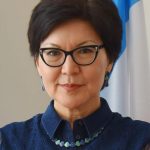 6 July 2020 marked the 80th birthday of the First President of the Republic of Kazakhstan – Elbasy Nursultan Nazarbayev. Rise of my country from just a chunk of Soviet Union to a trusted partner in international relations – including the EU and Belgium – is a story of a leadership success for which First President should be granted. He had to build a country, to establish an army, our own police, our internal life, everything from roads to the constitution. Elbasy had to change minds of Kazakh people to 180 degrees, from totalitarian regime to democracy, from state property to private property.

First President of Kazakhstan Nursultan Nazarbayev took a historic decision in 1991 to renounce the World’s fourth largest nuclear arsenal, enabling Kazakhstan and the entire Central Asian region to become free of nuclear weapons. Due to his strong desire on making World a peaceful place for all of us, he is recognized as an outstanding statesman within Kazakhstan and all over the World.

Proactive diplomacy became one of the key tools in ensuring the sovereignty and security of Kazakhstan and the consistent promotion of the country’s national interests. Based on the principles of multi-vector cooperation and pragmatism, Nursultan Nazarbayev established constructive relationships with our closest neighbours China, Russia, Central Asian countries, and the rest of the World.

From a European and international perspective, the heritage of the First President is equally impressive: Nursultan Nazarbayev has committed his life in contributing to regional and international peace, stability and dialogue. With his European counterparts, he has established the foundations for the landmark EU-Kazakhstan Enhanced Partnership and Cooperation Agreement (EPCA). He initiated numerous international integration and dialogue processes, including Astana Peace Talks on Syria, the UN General Assembly resolution calling for an International Day Against Nuclear Tests, the Conference on Interaction and Confidence-Building Measures in Asia (CICA), the Shanghai Cooperation Organisation (SCO), and Cooperation Council of Turkic Speaking States (Turkic Council).

The chairmanship of Kazakhstan in the Organisation for Security and Cooperation in Europe (OSCE) in 2010 and the UN Security Council in January 2018 (which form the agenda for security issues for the whole world) has shown success and viability of the path chosen by Nursultan Nazarbayev in the international arena. 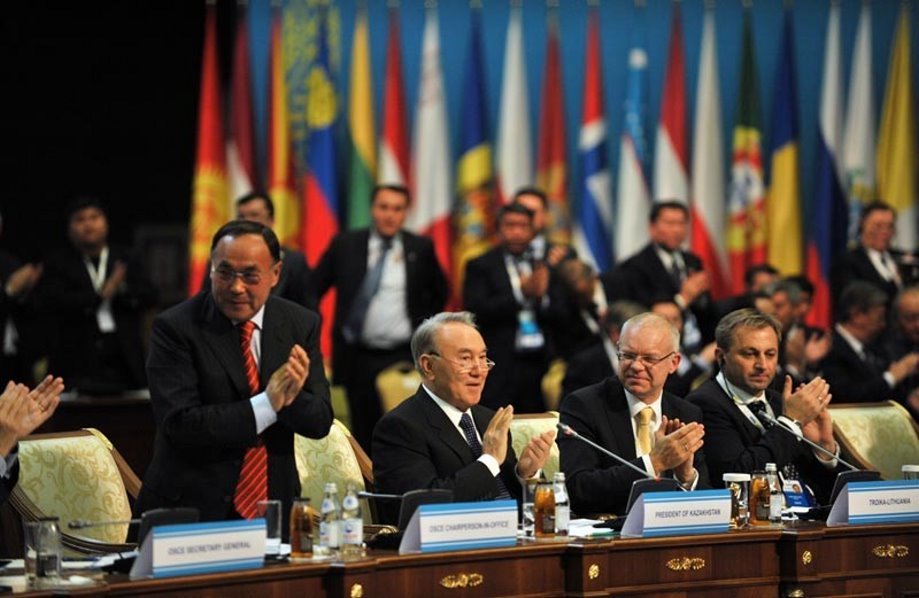 Kazakhstan is an important and trusted partner for the European Union. With his European counterparts, First President has laid the foundations for the landmark EU-Kazakhstan Enhanced Partnership and Cooperation Agreement (EPCA) which entered into force on March 1st, 2020. The Agreement marks the beginning of a brand new stage of Kazakh-European relations and provides wide opportunities for building up full-scale cooperation in the long term. I am confident that the effective implementation of the Agreement will allow us to diversify trade, expand economic ties, attract investments and new technologies. The significance of cooperation is also reflected in the trade and investment relationship. The EU is a Kazakhstan’s principal trading partner, representing 40% of the external trade. It is also the main foreign investor in my country, accounting for 48% of the total (gross) foreign direct investment. 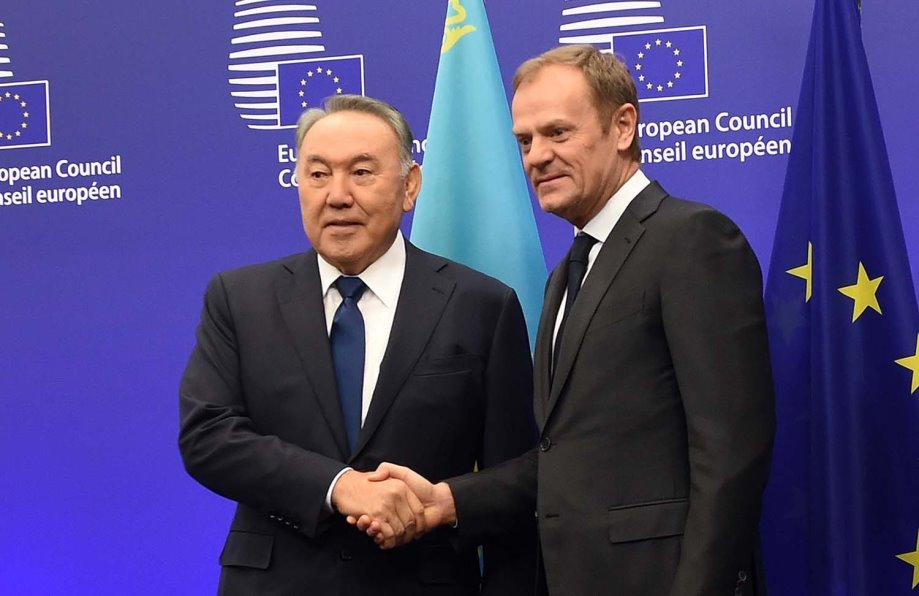 Bilateral relations between Belgium and Kazakhstan

Being accredited as an Ambassador to the Kingdom of Belgium, I am pleased that the relationship between Kazakhstan and Belgium has been continuously strengthened since my country’s independence. On December 31st, 1991 the Kingdom of Belgium officially recognised the state sovereignty of the Republic of Kazakhstan. The foundation of the bilateral relations started by an official visit of President Nazarbayev to Belgium in 1993, where he met with King Boudewijn I and Prime Minister Jean-Luc Dehaene.

Nursultan Nazarbayev visited Brussels eight times, most recently in 2018. Cultural exchanges have taken place between Belgium and Kazakhstan beyond high-level visits. In 2017 our countries celebrated their 25th anniversary of the bilateral relationship. There have also been several high-level visits from the Belgian side to Kazakhstan. First visit in 1998 of Prime Minister Jean-Luc Dehaene, as well as two visits of Crown Prince and King of Belgium Philippe in 2002, 2009 and 2010. Inter-parliamentary relations are developing positively as an effective tool for strengthening political dialogue. 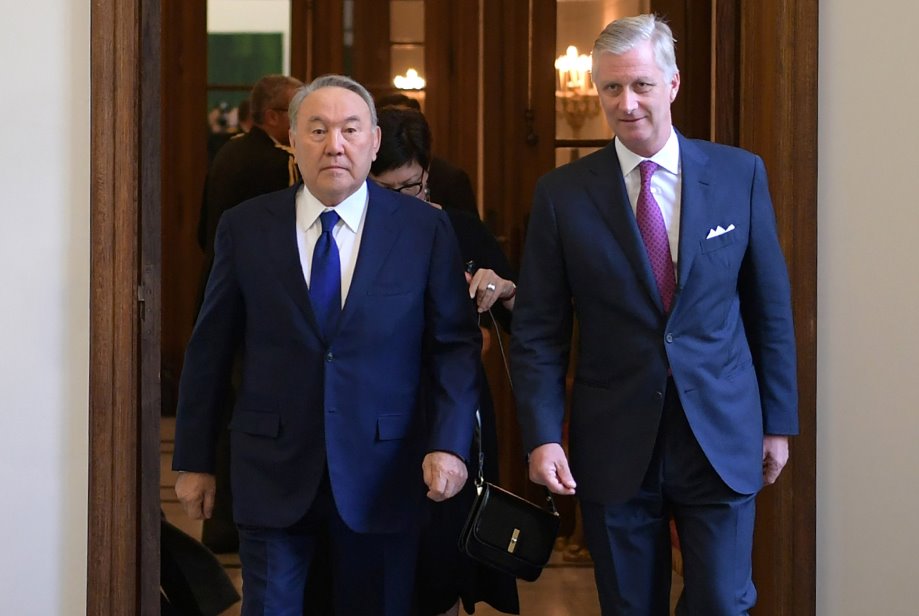 Strong diplomatic relationship has been continuously developing by supporting mutually beneficial trade relationship. The economic exchanges between Belgium and Kazakhstan have also had a substantial increase since 1992 with priority areas of co-operation in energy, healthcare, agricultural sectors, between seaports and in new technologies. In 2019, the amount of commercial exchanges increased to more than €636 million. As of 1 May, 2020, 75 enterprises with Belgian assets were registered in Kazakhstan. The volume of Belgian investments into Kazakh economy has reached €7.2 billion during the period of 2005 to 2019. 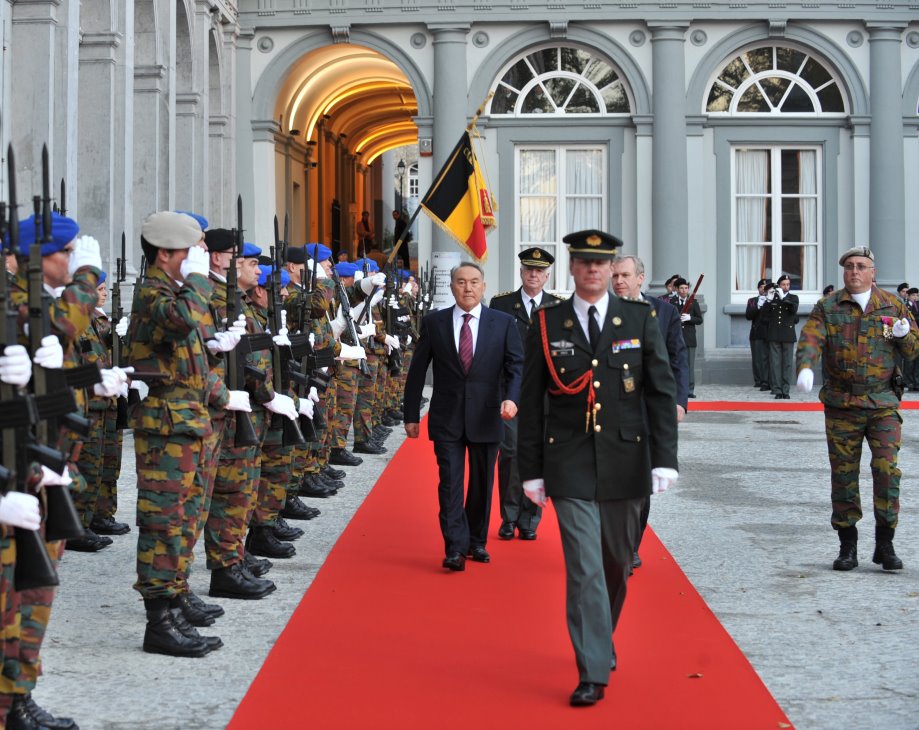 Official reception in the Egmont Palace

The legacy of the first president

First President Nursultan Nazarbayev has led my country from 1990 to 2019. In the early 1990’s, Elbasy guided the country during the financial crisis that affected the whole post-Soviet area. Further challenges were waiting ahead when the First President had to deal with the 1997 East Asian crisis and 1998 Russian financial crisis which affected the development of our country. In response, Elbasy implemented a series of economic reforms to ensure the necessary growth of the economy. During this time, Nursultan Nazarbayev oversaw the privatisation of the oil industry and brought the necessary investment from Europe, United States, China and other countries.

Because of historical circumstances Kazakhstan became ethnically diverse country. The First President ensured the equality of rights of all people in Kazakhstan, regardless of ethnic and religious affiliations as a guiding principle of state policy. This has been one of the leading reforms that has led to the continued political stability and peace in the domestic policy. Throughout further economic reforms and modernization, social welfare in the country has increased and a growing middle class has emerged. More importantly, shifting the Capital from Almaty to Nur-Sultan as a new administrative and political centre of Kazakhstan, has led to the further economic development of whole country.

One of the most important challenges Nursultan Nazarbayev outlined for the country was the Kazakhstan’s 2050 strategy. The goal of this program is to promote Kazakhstan into one of the 30 most developed countries in the World. It has launched the next phase of modernisation of Kazakhstan’s economy and civil society. This program has led to implementation of five institutional reforms as well as the Nation’s 100 Concrete Steps Plan to modernise the economy and state institutions. The First President’s ability to develop constructive international and diplomatic relations has been a leading factor of the country’s development and has led to a flow of billions of euros of investment into Kazakhstan. Meanwhile, my country has joined the top 50 competitive economies of the World.

A highlight of the First President’s legacy was his decision not to pursue a nuclear state. This promise was backed up by closing the World’s largest nuclear testing site in Semipalatinsk, as well as a complete abandonment of Kazakhstan’s nuclear weapons program. Elbasy was also one of the leaders promoting the integration processes in Eurasia. This integration led to the Eurasian Economic Union, which has grown to a large association of member countries assuring free flows of goods, services, labour and capital, and has benefited Kazakhstan and its neighbours.

In 2015, First President Nursultan Nazarbayev announced that the election would be his last and that “once institutional reforms and economic diversification are achieved; the country should undergo a constitutional reform that entails the transfer of power from the president to the parliament and the government.”

Stepping down from his position in 2019, promptly replaced by Kassym-Jomart Tokayev, the new leadership continued to operate in the first President’s spirit of economic development and constructive international cooperation.

As President Tokayev mentioned in his recent article: “Undoubtedly, only a real politician, wise and forward-looking, can choose his own path, being between two parts of the World – Europe and Asia, two civilizations – Western and Eastern, two systems – totalitarian and democratic. With all these components, Elbasy was able to form a new type of state combining Asian traditions and Western innovations. Today, the whole world knows our country as a peace-loving transparent state, which actively participate in the integration processes.” 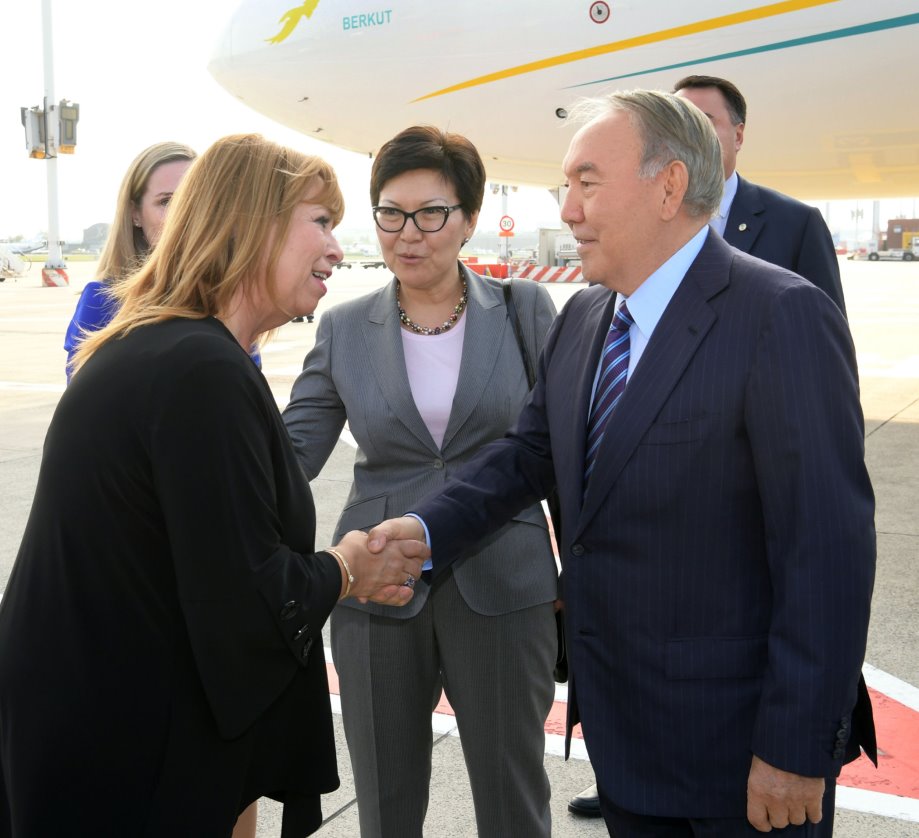 A new study highlights the investment gap to reach the strategic connectivity objectives for 2025. Europe is lagging behind global benchmarks for full-fibre access, and a substantial increase in investments will be required to speed up progress. These are the key findings of a new report published today (28 May) by consultancy Analysys Mason at a virtual event on Delivering the Full-Fibre Gigabit Society organized by Forum Europe.

The COVID-19 crisis has brought the key role of fibre networks for Europe’s future into sharp focus: shifting work and services online has boosted demand for and highlighted dependence on high-speed broadband connectivity. With about 90% of all internet traffic in Europe carried over fixed broadband (FBB), full fibre networks are vital in order to meet these increasing needs for gigabit connectivity.

This independent study on full-fibre access as strategic infrastructure, commissioned by Huawei, describes the current status of full-fibre access networks in Europe, and the challenges involved in extending it. It also calls on policy-makers to create a framework enabling high-performance networks for the decades to come.

“Europe needs to shift to a more “dirigiste” approach to meet the European Commission’s ambitious targets for the roll-out of very high capacity networks and of delivering the gigabit society,” said Custom Research Analysys Mason Lead Enterprise Consultant Ian Watt, author of the report. “In Europe, state involvement in the economy has suddenly grown, with the emphasis on longer-term solutions, not temporary fixes. Governments will look for the best-targeted measures to get things moving again. A focus on full-fibre as strategic infrastructure is a good place to start.”

“The aftermath of the crisis is expected to accelerate the need for gigabit connectivity, paving the way to even more digitally intensive ways of working, doing business, delivering public services, education or health. This will require adequate capabilities in terms of bandwidth, low latency and resilience,” said DG CONNECT ‘Investment in High-Capacity Networks’ Head of Unit Franco Accordino.

“There is a proven role for governments to more actively promote the deployment of full-fibre networks. As a major contributor to the global ICT industry, Huawei is always willing to work closely with governments, operators and technology partners to achieve our primary goal – to build a better and fully connected world,” said Huawei Global Government Affairs President Martin Xu.

“Full-fibre networks are able to achieve at least 60 % more energy savings compared to other broadband technologies. Therefore, they can be an excellent component of Europe’s Green Deal for a smarter and more sustainable future for all. Green fibre can be the cornerstone of the sustainability efforts of the European gigabit society, while also facilitating the digitization that is here to support our Union’s economic recovery,” said Huawei EU Public Affairs Head of Strategy and Policy Dr Hui Cao.