Huawei should not be part of Britain’s 5G network, rules national security council 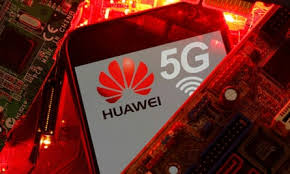 Huawei components are to be blocked from Britain’s 5G network from December 31st this year.

It’s a major policy u-turn by the Government who’d already given the Chinese tech titan the green light to help build the infrastructure.

Culture Secretary Oliver Dowden told the House of Commons the decision had been made after America forced Huawei to buy its micro-chips elsewhere.

Prime Minister Boris Johnson has been put under relentless pressure by Washington to drop Huawei from the UK’s 5G plans.

He also faces a backlash – and a possible lost vote in the House – after more than 50 Tory backbenchers railed against using Huawei.

Huawei has always denied the allegation.

“This disappointing decision is bad news for anyone in the UK with a mobile phone. It threatens to move Britain into the digital slow lane, push up bills and deepen the digital divide. Instead of ‘levelling up’ the government is levelling down and we urge them to reconsider. We remain confident that the new US restrictions would not have affected the resilience or security of the products we supply to the UK.

Regrettably our future in the UK has become politicized, this is about US trade policy and not security. Over the past 20 years, Huawei has focused on building a better connected UK. As a responsible business, we will continue to support our customers as we have always done.

We will conduct a detailed review of what today’s announcement means for our business here and will work with the UK government to explain how we can continue to contribute to a better connected Britain.”

Today’s decision could cost Britain £2 billion and put it years behind its plans to introduce fast broadband for the country.

In his general election manifesto Mr Johnson promised super-fast broadband for all.

Covid: What are the new UK travel rules?