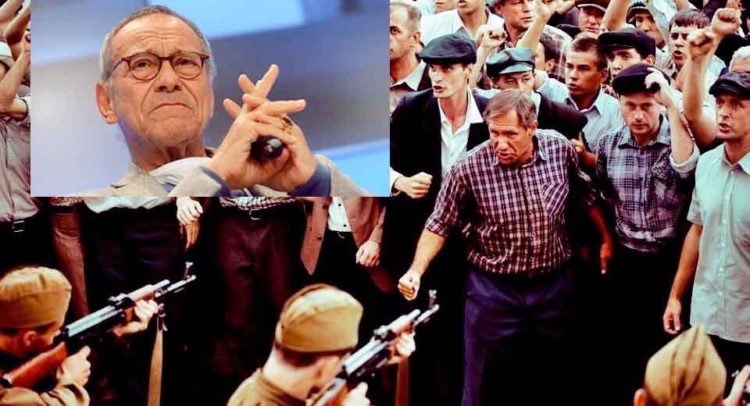 Dear Comrades, the film directed by renowned Russian Director Andrey Konchalovsky, received numerous accolades from the critics at the Venice Film Festival this year. The 77th International Film Festival, the first major event in the art world since the global lockdown, is about to conclude in Venice tomorrow (12 September). The festival’s main program featured 18 films, including works from United States (Nomadland by Chloé Zhao and The World to Come by Mona Fastvold), Germany (And Tomorrow the Entire World by Julia von Heinz), Italy (The Macaluso Sisters by Emma Dante and Padrenostro by Claudio Noce), France (Lovers by Nicole Garcia), among others.

The widespread critical acclaim was recieved by the the “Dear Comrades” film, the historical drama directed by Russia’s Andrey Konchalovsky and produced by the Russian philanthropist and businessman Alisher Usmanov. Usmanov is also the primary patron of the film. 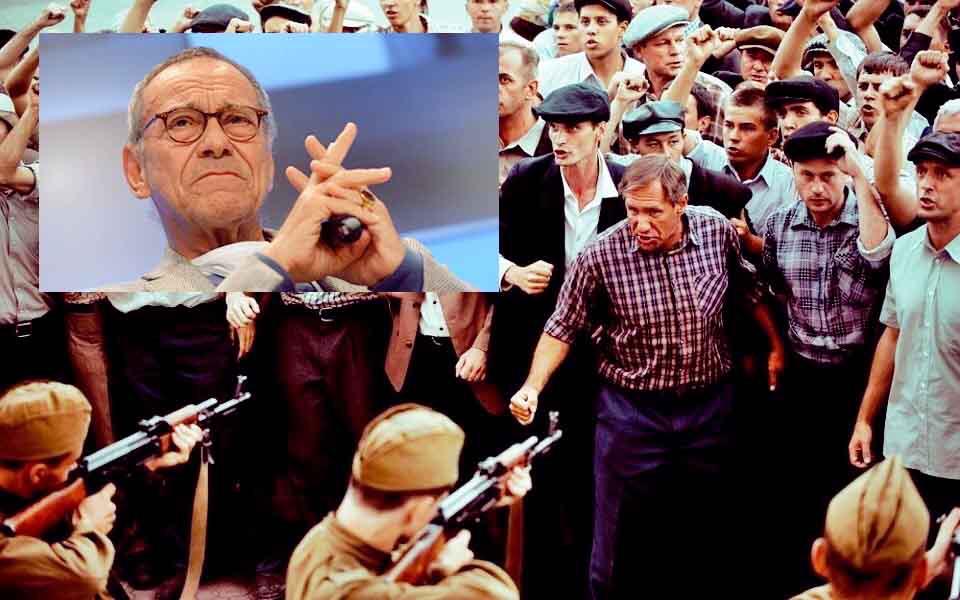 The stylistic black-and-white Dear Comrades tells the story of a Soviet-era tragedy. In summer of 1962, employees at one of the largest enterprises in the country – a local electric locomotive plant in Novocherkassk – went to a peaceful rally, demonstrating against rises in the cost of basic food necessities, coupled with an increase in the production rate, which led to a reduction in wages.

With other city residents joining the striking factory workers, the protest became widespread. According to law enforcement officers, around five thousand people took part. The demonstration was quickly and brutally suppressed by armed military units. More than 20 people including bystanders died as a result of the shooting in the square near the city administration building, with a further 90 injured, according to the official version of events. The real number of victims, which many believe to be greater than the official data, is still unknown. More than a hundred participants in the riots were subsequently convicted, seven of which were executed.

It is believed that this tragedy brought about the end of the “Khrushchev thaw” and the beginning of a long era of stagnation both in the economy and the country’s mentality.  This tragic moment in Soviet history was immediately classified and only made public in the late 1980s. Despite this, many details have not become public knowledge and have received little academic attention until now. The film’s director and screenwriter Andrei Konchalovsky had to reconstruct the events, collect archive documents and talk with the descendants of eyewitnesses who also took part in the shooting.

At the heart of the movie is the story of the ideological and uncompromising character Lyudmila, a staunch communist. Her daughter, sympathizing with the protesters, disappears among the intense chaos of the demonstrations. This is a definitive moment which sees Lyudmila’s once unshakable convictions begin to lose stability. “Dear comrades!” are the first words of a speech she prepares to deliver before the Communist Party members, intending to expose the “enemies of the people”. But Lyudmila never finds the strength to deliver this speech, going through the most difficult personal drama, which strips her of her ideological commitment.

It is not the first time Konchalovsky has addressed historical themes. Having started his career in early 1960s, he explored a number of different genres (those included popular Hollywood releases like Maria’s Lovers (1984), Runaway Train (1985), and Tango & Cash (1989), starring Sylvester Stallone and Kurt Russell), while his later work focuses on historical dramas deconstructing complicated personalities and fates.

This is also not the first time Konchalovsky has been nominated at the Venice Film Festival: in 2002, his House of Fools was awarded a Special Jury prize, while Konchalovsky has received two Silver Lions for best director: The Postman’s White Nights (2014) and Paradise (2016), the latter of which was Konchalovsky’s first experience collaborating with Russian metals and tech tycoon, the renowned philanthropist Alisher Usmanov, who stepped in as one of the film’s producers. Their most recent film Sin, which was also a huge success, tells the story of the life of the renowned Renaissance sculptor and painter Michelangelo Buonarroti. Vladimir Putin notably gifted a copy of the film to Pope Francis in 2019.

While we will never know whether the Pope enjoyed Sin, Konchalovsky’s new historical drama Dear Comrades seemingly won the hearts of the critics in Venice this year. The film, unlike many other works released recently in Russia, is a highly original piece of cinema, which simultaneously perfectly captures the atmosphere and feeling of the era, and encapsulates the detailed contradictions that reigned in Soviet society at the time.

The film does not uphold its own political agenda, offers no straight lines or definitive answers, but neither does it make any compromises, offering an intense attention to historical detail. It is also an attempt to offer a balanced picture of the time. The director said on the Soviet era: “We went through a dramatic but extremely pivotal historical period that gave the country a powerful impetus.”

Dear Comrades gives Western viewers the chance to gain a broad understanding of Russia through an accurate depiction of the Soviet era and its characters. The movie is far from being a typical Hollywood production, which we expect viewers to find refreshing. The film will be in cinemas from November. 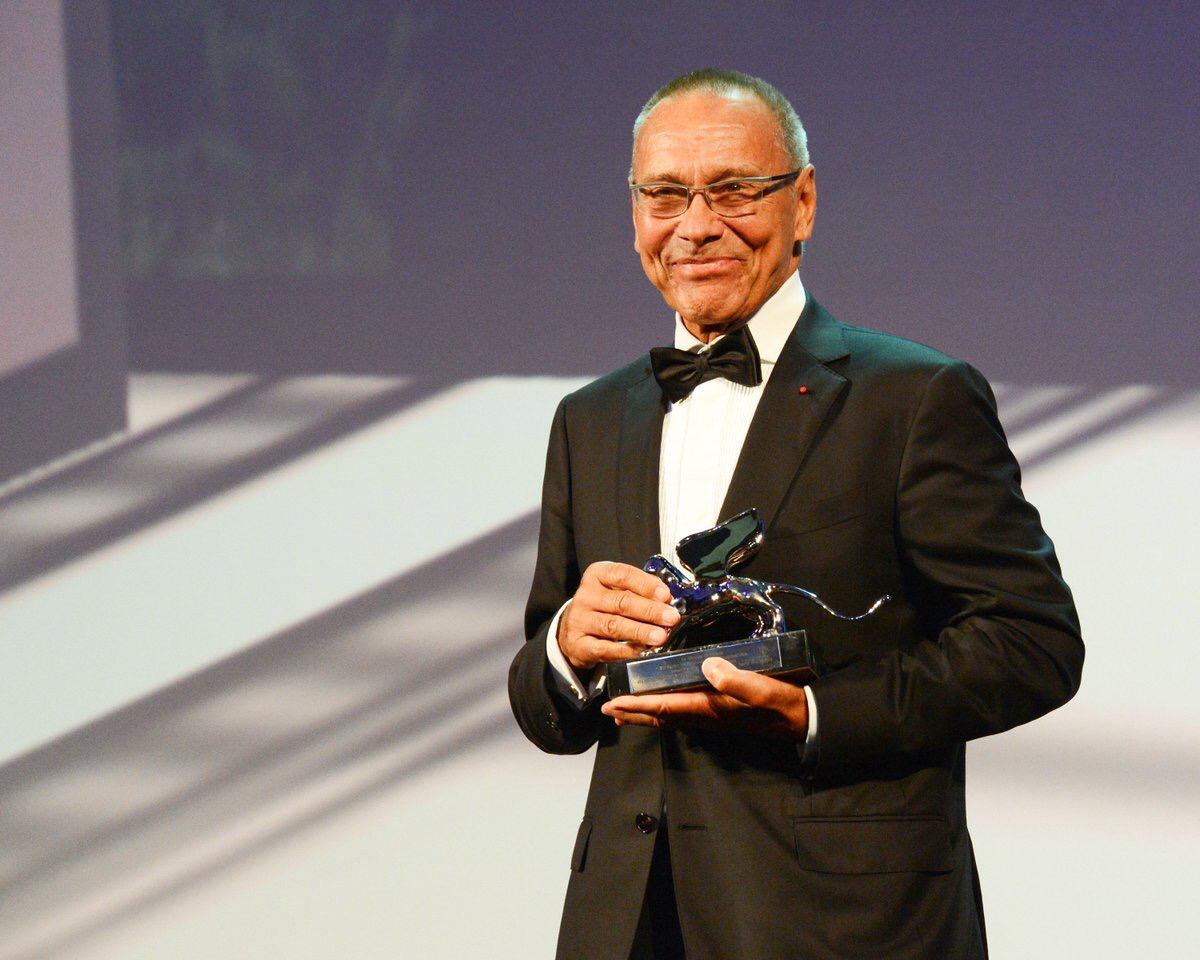 Andrei Konchalovsky is an acclaimed Russian film director known for his compelling dramas and visceral depictions of life in the Soviet Union. His notable works include Siberiade (1979), Runaway Train (1985), The Odyssey (1997), The Postman’s White Nights (2014) and Paradise (2016). 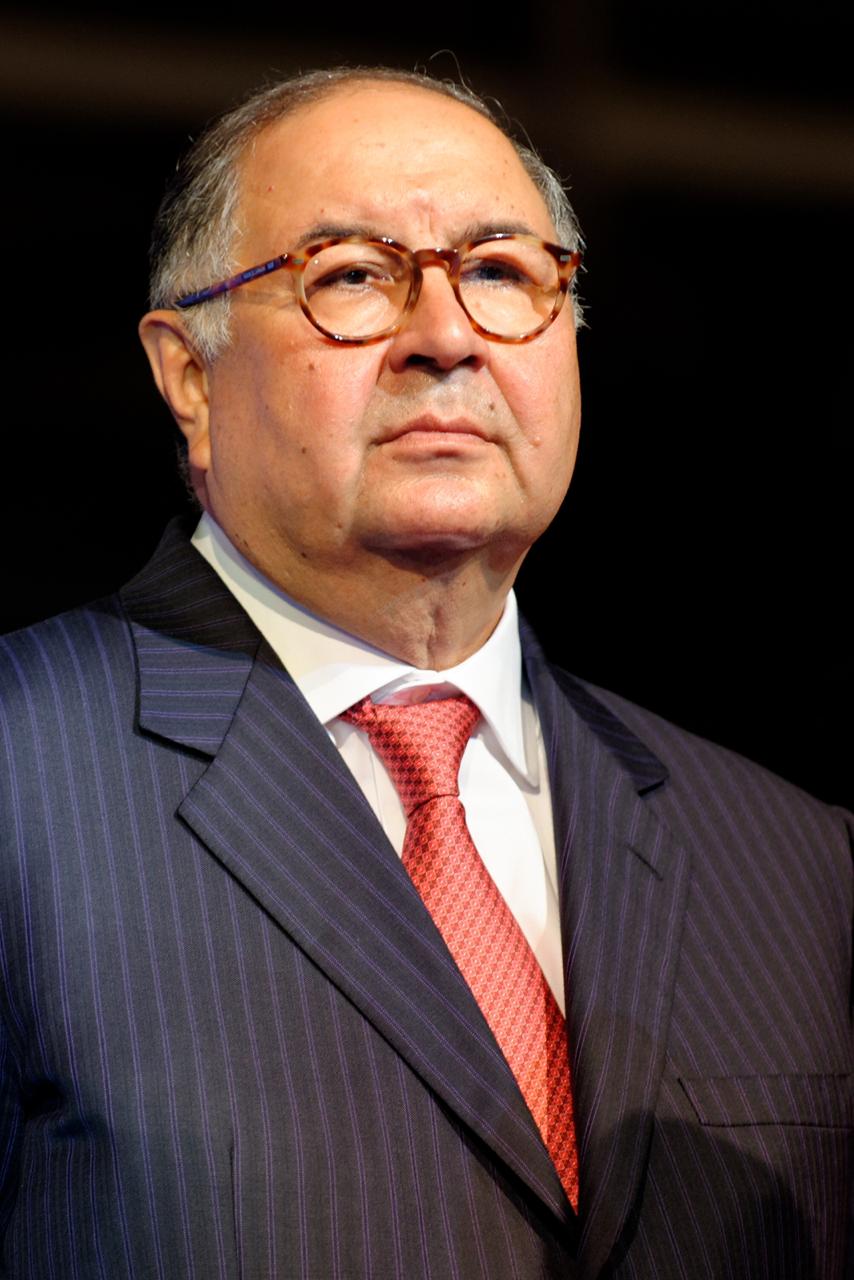 Alisher Usmanov is a Russian billionaire, entrepreneur and philanthropist who has made substantial contributions to the arts since the early stages of his career. Over the past 15 years, according to Forbes, Usmanov’s companies and his foundations have directed more than $2.6 billion to the charity ends. He has also notably promoted Russian art abroad, has supported the restoration of historical buildings and monuments internationally. Usmanov is the founder of the Art, Science and Sport Foundation, a charity, which partners with many of preeminent cultural institutions.

Marco Polo and the Blockchain