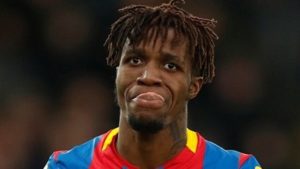 Crystal Palace striker Wilfried Zaha has said he will no longer “take the knee” as the protest has lost its impact.

The Premier League player said he felt the action was “degrading”.

Instead, he suggested players “stand tall” in the fight to end racial inequality faced by black people.

Players in the English football leagues started kneeling before kick-off when professional games restarted in June.

The gesture came after the death of George Floyd in police custody in America.

Zaha told the Financial Times’ Business of Football summit that it was “no longer enough”.

“I’ve said before that I feel like taking the knee is degrading and stuff because growing up my parents just let me know that I should be proud to be black no matter what and I feel like we should just stand tall.

“Trying to get the meaning behind it, it’s becoming something that we just do now and that’s not enough for me. I’m not going to take the knee.

He also said he would not wear the Black Lives Matter logo on his shirt as “it feels like it’s a target”. 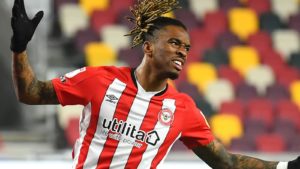 Striker Ivan Toney said the gesture was allowing “people at the top” to rest on the subject and that nothing had changed as a result.

He added: “We have had a long discussion about that; why we are not taking a knee.

“Everyone has had their say, and everyone agrees [that] we have been taking the knee for however long now and still nothing has changed.

“We are kind of being used as puppets, in my eyes; take the knee and the people at the top can rest for a while now, which is pretty silly and pretty pointless. Nothing is changing.

“The punishments need to be stronger.

“You’re going to do so much, and, in a way, you have to get that helping hand, but it doesn’t look like it’s coming at the moment.

“So, you have to push for that and hopefully things change.”

Rakitic on learning from Xavi and Iniesta, and making fun of Messi about the trophy he'll never win!