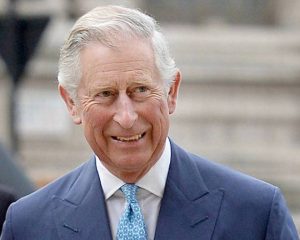 A teary-eyed Prince Charles made a 100-mile trip to visit his father the Duke of Edinburgh in hospital.

The Prince spent half an hour by his bedside at the King Edward’s VII’s Hospital in London.

He had driven up from his home in Highgrove in Gloucestershire.

The Prince was said to look “sombre” when he left the hospital.

His eyes were red and tearful.

The trip alarmed people and raised concerns about the Duke’s condition.

Under lockdown rules visits to people in hospital are only allowed if the patient needs extra care or receiving end of life care.

However, visits from one person will also be considered “in exceptional circumstances”.

“The Duke has been in hospital a few days longer than expected and the Prince simply wanted to go and see him.”

And a Buckingham Palace spokesperson said the Duke’s condition had not changed.

He was in “good spirits” and doctors were acting with “an abundance of caution” by keeping him in.

The Duke, 99, was admitted after “feeling unwell” while at Windsor Castle.

He was taken to hospital by car and walked into the building unaided.

CPAC: Trump to return to political stage at conservative conference