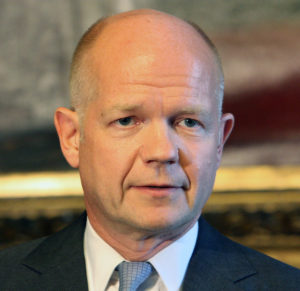 The departure of Cummings and Cain brought about the end of an internal power struggle.

The former Vote Leave campaigners were vying to strengthen their grip on the levers of power.

However, since leaving there has been a “big improvement” in the atmosphere, said Lord Hague.

“I don’t want to personally attack the people who left, they were brilliant people but maybe running governments wasn’t their greatest skill compared to running campaigns.

“Well, now some people have been brought in who are very good at running government.

“The Prime Minister has a new chief of staff; he’s made other recent appointments and you can tell over the last couple of months that government has worked better.

“You can just tell, you can smell it, that things have improved, and the way things work in government, the public can smell it as well.”

European Commission and ECB to launch a digital euro project.

Covid-19: New vaccines for variants to be fast-tracked