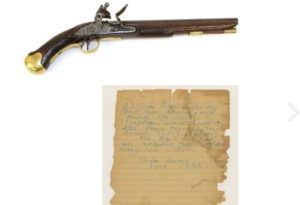 A flintlock pistol used by a sailor during the Battle of Trafalgar is up for auction.

The weapon was owned by William Rivers and is steeped in British naval history.

Rolled up and tucked inside the barrel was a hand-written note.

It read: “William Rivers was my great great grandad and during the Battle of Trafalgar was in charge of the ships cannons on board H.M.S. Victory.

There is a bust of him at the Royal Navy College, Greenwich. 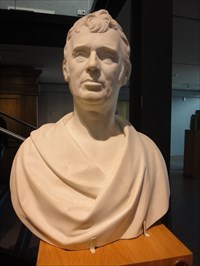 The pistol will be sold at Tennants Auctioneers’ on April 14th in Leyburn, North Yorkshire.

Asian castles restored to their former glory by digital wizardry