Sir Tom Jones “all shook up” after Elvis advice 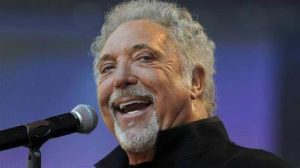 The King of Rock and Roll told Sir Tom to do more songs like him – and Sinatra told him to cover the classic crooner numbers.

“Elvis was always buying my records and he would pass comment on them.

“I did an album called ‘From The Heart’ that was all old standards and he said, ‘Tom, we don’t do that. You leave that to Frank Sinatra…’

“But then at the same time, I’d go to a bar and Frank Sinatra would be there and I’d have a drink with him, and he’d go, ‘Tom, you need to do more standards, f*** that rock and roll stuff…’

“So, I had Elvis Presley pulling on me to do more rock and roll tunes and Sinatra telling me to do ‘Fly Me To The Moon’!