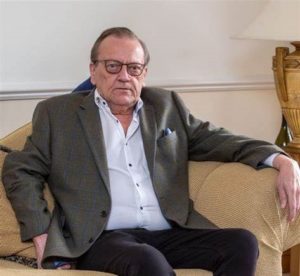 A grandfather’s life-long obsession with bees has paid off after he sold his honey business for £100 million.

With his late wife Bea, he opened a “honey” tourist farm in Scarborough and started producing honey and vitamins on an industrial scale.

Bee Health is now one of Britain’s biggest suppliers of vitamins to a world market.

Steve has sold the business to INW, based in Dallas, America.

Despite the air travel lockdown restrictions, Steve was able to fly to the States because a CEO doing a business deal worth more than £100 million is exempt.

After becoming a multi-millionaire told The Mirror:

“How does it feel? No bloody different.

“From being an uneducated person it’s just sheer hard graft and taking a gamble.

“My bank manager said what is the first thing I’m going to buy.

“But I don’t need anything.

Air pollution: 'All children have the right to breathe clean air'