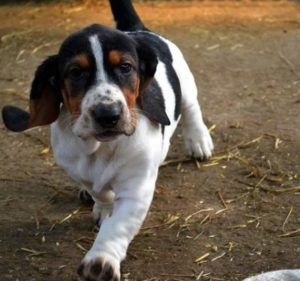 Three people have been arrested after the theft of five dogs from a kennel.

Four of the stolen Basset Hounds have been recovered.

But a fifth is still missing – causing concern to her owners.

All the dogs were chipped.

The dogs were found more than 120 miles away in Manchester after a member of the public contacted Beauty’s Legacy – a dog rescue charity.

Lisa Dena, from the group, said: “The owners are relieved that four of the puppies have been found.

“But there is concern for 18-month-old Bashful.”

Lisa said the dogs were underweight and had signs of injury.

They have been released on bail as inquiries continue.

Covid: Vaccine uptake among over 50s hits 95% in England