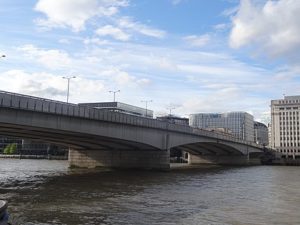 A man has drowned after jumping in the River Thames to rescue a woman who fell off London Bridge.

The man saw the woman fall and he plunged into the dark waters just after midnight to try to save her.

A second man also entered the river to help.

Emergency services – including the coastguard and police marine units – managed to pull to safety the woman and one of the men.

But the other one couldn’t be found.

The police confirmed a body had been discovered hours later.

“We were called at 00.12 on Saturday 24 April to reports of a woman in the River Thames close to London Bridge.

“Two men, who had witnessed the woman fall from the bridge, entered the river to try and save her.

“The Coastguard and Metropolitan Police Marine Units were able to rescue the woman and one of the men.

“At 06.00 the same morning, a body was found believed to be that of the missing man.

“His next of kin have been made aware and are being supported by officers from the City of London Police.”

Exclusive for Mail on Sunday readers: Explore the Scottish Highlands by rail with Carol Kirkwood