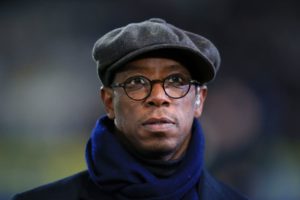 Former Arsenal forward and England player Ian Wright has been banned from driving for six months.

The striker was caught riding his Triumph motorbike at 69 mph in a 40 mph zone.

A friend told The Sun:

“Ian was caught speeding on his motorbike a few times and held his hands up.

“He isn’t proud of his actions and hasn’t contested the ban.

“Obviously, it’s a bit embarrassing for him but he made a mistake and now he is paying for it.”

Wright appeared at Lavender Hill Magistrates’ Court without a solicitor and admitted to speeding.

Wright made 288 appearances for Arsenal and scored 185 goals.