David Hockney’s latest artwork to be shown in Piccadilly Circus

David Hockney has a new work that will be shown across the world.

His latest masterpiece is a video called “Remember You Cannot Look At The Sun Or Death For Very Long” and will be screen in London’s Piccadilly Circus.

The work was created by Hockney, 83, on his beloved iPad.

It shows an animated sunrise.

It will also be shown on screens from May 1st in New York, Los Angeles, Seoul, and Tokyo. 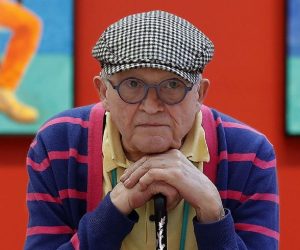 “We have to take time to see its beauty.

“That’s what I hope my work will encourage people to do when they see it on the large screens.

“I’m still a smoker but working is very good for me.

“It gives me a new lease of life.

“I’ve got a new lease of life here. I’m just going to go on working here… (there is) always something to do.”