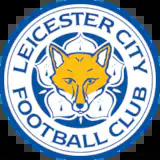 Leicester City FC are heading for a minimum £40 million pay day if they can qualify for Champions League football.

The Midlands side are tantalisingly close to securing a top four spot in the Premier League to ensure qualification.

However, the team have  been close before – and just failed to make the cut.

They are currently third in the table and seven points clear of 5th place.

Victory in the next two games against Southampton – whom they beat 9-0 last season – and Newcastle United will be a firm step towards a jackpot pay-out.

If they finish outside the top two – which is more than likely – they will enter the Champions League unseeded.

But that still attracts a £40 million pay cheque.

As and when they continue through the qualifying rounds to the knockout stages, they will be given more money.

Covid-19 infections in UK back to late summer levels - ONS