Overseas holidays to be given “green light” on May 17th 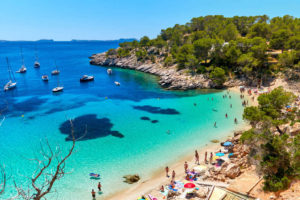 From the 17th it will no longer be illegal to travel abroad.

A “traffic light” system will be introduced to ease overseas movement.

A source told The Telegraph that “only a tiny handful of countries will be on the green list”.

Most European countries will be on an amber list.

Everyone who travels will have to take a PCR Covid test after returning to the UK.

The source added that ministers believe they can “keep tight controls in place at the border while taking a significant step forward on international travel”.

Clubbers' joy at returning to the dance floor in Liverpool