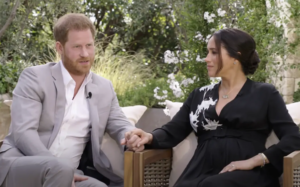 A royal expert claims Prince Harry is “regretful and embarrassed” by his interview with Oprah Winfrey.

Duncan Larcombe – who wrote the book “Prince Harry: The Inside Story” – said the prince was initially “hurt and angry” about the way his family treated his new bride, Meghan Markle.

And, given his “hot-headed” temperament, made an impulsive decision to agree to the tell-all interview.

“But after returning home, I’ve no doubt he’s been feeling embarrassed, regretful and awkward.

“I believe he’ll regret that interview – and maybe his decision to leave the royal family.”

Britney Spears: Does the latest documentary tell us anything new?