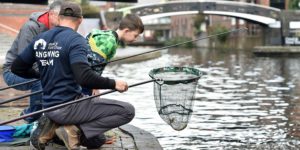 Many people have turned to the sport – helping the firm post a revenue of £67.7 million in the year to the end of January.

It’s a rise of more than 27 per cent on the previous period.

Unlike other High Street shops, the firm posted a 15.5 per cent rise in “brick-and-mortar” sales – hitting £32.3 million.

It even managed to open four new retail outlets.

The company said it was looking to deliver profitable growth in revenue — but at a slower rate than last year.