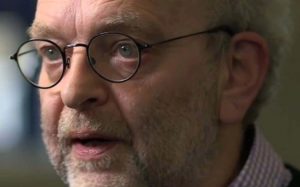 Britain could be back to normal by the end of the year, the Government’s chief pandemic modeller has said.

Professor Graham Medley, from the London School of Hygiene and Tropical Medicine, said:

“If vaccines continue to work, and we don’t have some nasty variants, then potentially we could be completely back to normal by the end of the year.

“However, if there were more variants or if the vaccines wane, so the impact wanes and we aren’t able to get boosters, then we could have been in a very different position”.

The prediction comes as the country reported 2,474 new cases of Covid-19 and 20 deaths within 28 days of a positive test.

More than 35 million have now had a first jab and 18 million a second.

Health Secretary Matt Hancock has said the Government will give people greater freedom to take their own judgement risks about coronavirus.

“We will be changing the rules to be far more about people taking personal responsibility, exercising common sense according to their circumstances.

“We will set out really clearly the risks. People understand the risks – we know that – and we’ll make that very, very plain and then people can exercise their own personal responsibility.”