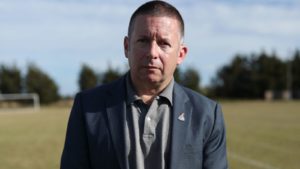 Labour has suspended a leading trade union member after he posted an “offensive” tweet about Home Secretary Priti Patel.

“Priti Patel should be deported, not refugees.

“She can go along with anyone else who supports institutional racism.

The post was at once condemned by both Tory and Labour MPs.

“This should play no part in Labour – or in British politics.”

And Tory MP Steve Baker said it was “an extraordinary, absolutely intolerable remark” which must have a “robust response” from Labour.

“I was angry to see Muslim Refugees being deported on the morning of Eid al Fitr.”

He said his earlier message was “never intended to be literal” and “the wording was wrong” and “offensive”.

He is in the running to succeed Len McCluskey as Unite’s general secretary.

Portugal as a successful destination for foreign investors - facts or mere marketing?