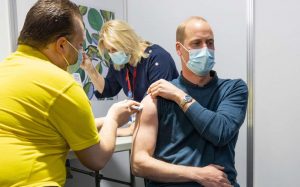 Prince William has been given his first Covid-19 vaccine.

He received the injection from NHS staff at his local vaccination centre – The Science Museum in Kensington.

“On Tuesday I received my first dose of the Covid-19 vaccine.

“To all those working on the vaccine rollout – thank you for everything you’ve done and continue to do.”

The Prince, who is left-handed, was given the jab in his right arm

It is not known which vaccination he was given.

Portugal holidays: Empty beaches and sunny days are what await in this green list country