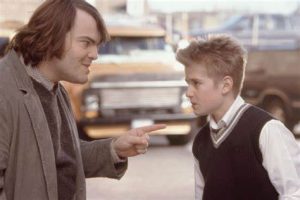 Kevin Clark – who played drummer Freddy Jones in the film “School Of Rock” – has died.

Clark was riding his bike in Chicago when he was in collision with car.

He was treated by paramedics but died later in hospital.

Clark started playing the drums as a five-year-old.

“School Of Rock” starred Jack Black as a layabout rock and roll fan who scams a job teaching.

He turns a class of children into a rock band.

It was the only film Clark made.

He continued with his music.

“So many great memories.

“Sending love to his family and the whole School Of Rock community.”