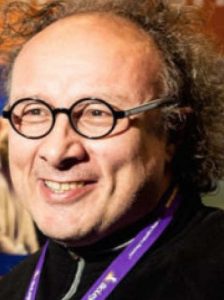 Plans to end lockdown rules on June 21st are in doubt, claims an expert.

The uncertainty comes as cases of the Indian Covid-19 variant have doubled in the space of two weeks in England.

Professor Danny Altmann, of Imperial College London, said the hopes to lift restrictions are “balanced on a knife edge”.

He added: “I’m not terribly surprised – I think we’d all seen it coming.

“Because what we’ve essentially done is set back our clock… going back to the kind of figures we were last seeing about a month ago in terms of new cases. So, I think it’s troubling.

“Hopefully, there’s some quite careful thought and mathematical modelling being done into this.

“For my taste at the moment, that looks somewhat in doubt.

“We really are balanced on a knife edge, but surely from all that we’ve all seen in the last 13 or 14 months we realise how unforgiving and relentless this virus is.

“And you can’t joke around with it with half measures.

“And if it looks, for example, like you have a new variant in your country spreading and taking off, it probably is, and you probably want to take that into account.”