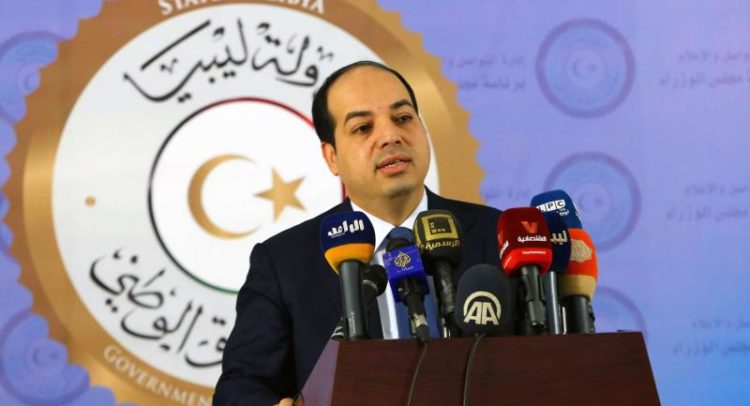 Libya: economic reforms as a good basis for future peace

While Libya has recently been hopelessly divided between East and West and a number of organisations have made deliberate efforts to stir up internal Libyan divisions, positive changes are emerging in the country. On 21 December, Ahmed Maiteeq (pictured), deputy head of the GNA Presidential Council, on Monday discussed during a meeting with the representatives of Ministry of Planning the mechanisms adopted for the preparation of the development budget for 2020-2021. Maiteeq stressed the need for coordination with various sectors to determine Libya’s overall development needs for 2021, while at the preparation stage.

It would have been difficult to imagine such discussions quietly a year ago: now it is not just about the breakaway part of the country, but increasingly about Libya as a whole territory. For the unity of a war weary of the chaos that began in 2011, there are a number of positive preconditions.

One of the major developments in Libya in 2020 was the oil deal struck in September between Maiteeq and LNA chief Khalifa Haftar. Under the parties’ agreement (for the first time in a long period of fragmentation), export revenues will be shared equitably between Libyans. The parties have agreed to set up a special commission to oversee the distribution process.

In a recent interview with Figaro, Maiteeq once again raised the topic of oil exports, expressing hope and confidence in the continuation of this agreement, which will allow Libyans to benefit from oil revenues.

The next breakthrough was the agreement by Libya’s central banks (also divided during the protracted conflict) with other economic institutions to form a unified exchange rate (4.48 dinars to the US dollar). A meeting of this magnitude happened for the first time in five years, participants in the meeting said. The opportunity is now ripe to take courageous decisions that serve the interest of the Libyan people.

Both events are constructive and key to a country in which purely political negotiations, organised from abroad and by international organisations, have failed to produce a qualitative result. An example of the recent failure of political negotiations was the Libyan Political Dialogue Forum in Tunis under the auspices of the UN. Its organiser, Stephanie Williams, who heads UNSMIL, organised the talks in such a way that they were dominated by characters close to the Muslim Brotherhood. As a result, the main objective of the forum – to propose candidates for the formation of an interim government in Libya, pending official elections – was not achieved. Many participants scandalously left the forum, with witnesses noting that there had been attempts to bribe participants. As a result, only a possible date for elections in 2021 was agreed.

Against this backdrop of failure, economic negotiations among representatives of Libya’s own institutions are looking increasingly better. Negotiations are generally much more effective within Libya between Libyans, without the involvement of third parties, outsiders and politicians.

Bloomberg stressed in the publication that Libya’s political rivals had reached an impasse over the formula for choosing a leadership to unify the country, referring to the forum in Tunis. But the publication noted that the sides are reaching rare points of convergence as they begin work to rebuild the economy.

In the same interview to Le Figaro, Ahmed Maiteeq stressed that there would be no solution to the current crisis without the consent of the two parties to the conflict and the Libyan-Libyan dialogue, neither in Morocco, nor in Tunisia, nor elsewhere. Thus, he hinted that the excessive involvement of international actors only reinforces the contradictions in Libya, preventing its actors themselves from agreeing constructively on the country’s future.

Moreover, Maiteeq noted that a political agreement between the two warring sides should quickly lead to the withdrawal of foreign fighters. Not only he, but many experts claim that such measures would reduce tensions in the country.

In the interview, he stressed that in fact, the international community left Libya after 2011, and today the main foreign players do not agree with the strategy on Libya.

On his Twitter account, he regularly posts that it is economic measures that can be the key to stability in the country – a concern particularly for young people.

Maiteeq has also stated that, if elected, he is prepared to participate in the next government and has not ruled out the possibility of becoming prime minister.

If Maiteeq and his kind of technocrats do achieve the top posts in Libya, the country will have an opportunity to stabilise internally, arrange reasonable investment and, most importantly, stop the fighting. An oil deal and stabilisation of the rate is the key to a successful process. Otherwise, if UNSMIL insists on promoting radical candidates such as the Muslim Brotherhood (represented by Fathi Bashagha, head of the Interior Ministry in the GNA, and others), Haftar and individual Libyan groups will rebel against such decisions. With radical Islamists in power, there will be no peace and stability in Libya.

That is why the most critical decisions are being made now are personnel decisions. Only pragmatic economists can easily find common ground within the Libyan actors themselves.

Starmer: NHS staff didn't get a text from the PM

Starmer: Is it right to change tax rules for Dyson?