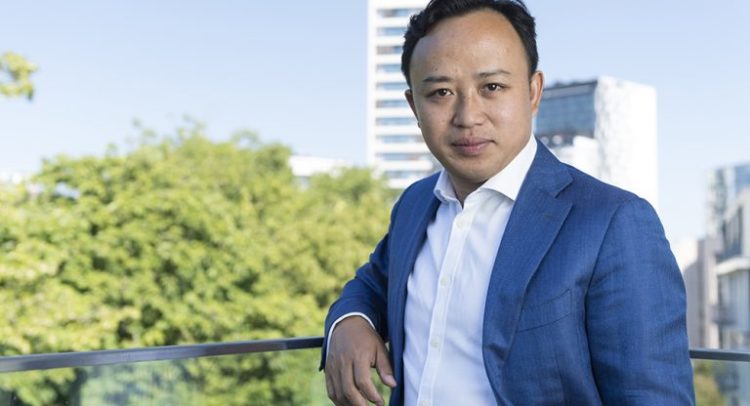 Politicizing the 5G debate is not good for Europe

It is often said “may you live in interesting times”. These last few months and particularly these past few weeks have certainly been interesting times, writes Abraham Liu (pictured), Huawei Chief Representative to the European Institutions.

It is now clear that after, shall we say, a slightly unusual American election, there will be a new US administration in January.

It’s still too early to tell what the policies of President Elect Biden and Vice President Elect Harris will be, but by the team they are assembling around them, it looks as though we may be returning to a world of multilateral cooperation and engagement, which from a business leader’s point of view, is encouraging.

We have only to look at this year’s experiences to see the fruits of such multilateralism. With the past decade of global collaboration in the ICT sector, the quality of the networks has enabled important aspects of our lives to continue, such as teleworking, remote medicine, home education and business continuity. Specifically, the ability to make high-quality video conference calls is a direct result of global efforts and cooperation to develop a single 4G network standard — before the outgoing US administration came to power.

During the last administration’s term though, we have seen attempts by the U.S. to threaten others through its technological dominance. This has had the effect of encouraging Europeans to talk about their digital sovereignty, and the resilience of their networks. Did you know, for example, that the overwhelming amount of your data storage, cloud services, semiconductors and technological infrastructure is from the US? Of the top 10 cloud providers in the EU, only three can truly be classed European in origin. Huawei on the other hand, does not deal in your data, or have access to it, nor do we monetize it. We are not even compelled to collect data if ordered to — I am assured that the relevant Chinese law does not have extraterritorial application — unlike, ironically, the US ‘Cloud Act’. We can actually help Europe with its digital sovereignty and strategic autonomy ambitions.

But I believe this talk of where a tech company comes from, promoted by the current U.S. administration, is at best missing the point, and at worst a form of “corporate racism”. This doesn’t do anyone any good, least of all European consumers. Huawei was born in China, but its technology is not fully Chinese — just like any European or U.S. tech company, the technology is multinational.

Apple products have European and Chinese components. Nokia products have Chinese and US parts. Huawei kit has European and US elements. The notion that you have to choose between Chinese and US or European is false — you are already choosing Chinese in everything you buy. Indeed, while trying to exclude Huawei from 5G networks on the basis that we are Chinese, both the US and Europe are increasing their trade with China and Chinese companies, and European companies are expanding their markets inside China as well.

It is as a direct result of this connected and interdependent technology supply chain that many European and American companies are also being damaged by the policies of the current US administration. I am hopeful that this message will resonate with new lawmakers in the US, and their counterparts here in Europe, because there are so many benefits that the new technological developments in AI, quantum and cloud computing can bring — not least to Europe’s environmental protection goals as spelled out in its Green Deal, and its recovery plans. A 5G network without Huawei is a more expensive, less technologically advanced network.

It’s probably too optimistic to conclude that a new US administration will overturn or change the most restrictive policies toward Huawei in the short term, or even in the medium term. But while we are planning for the worst, we are hoping for the best.

For me, it would be enough that in the coming weeks and months, we here in Europe, and in Huawei, live through a period of greater communication, more collaboration, and increased co-operation across countries and continents. That we live in slightly less interesting times!

Huawei presses ahead with new network equipment factory in France

Does Eddie Jones face a fight to stay in the England hotseat?