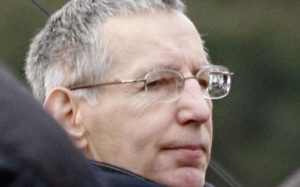 A notorious serial killer of young girls and women has died before he could stand trial for the murder of a British student.

Michel Fourniret, 79, was serving life in prison for a string of attacks when he confessed to killing Leeds University language undergraduate Joanna Parrish.

Ms Parrish was found in the River Yonne, near Auxerre in Burgundy in 1990.

She had been reported missing 24 hours earlier.

Fourniret – called the “Ogre of the Ardennes” – died from respiratory problems. 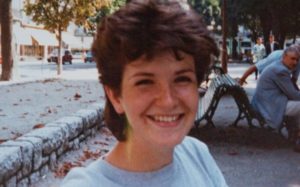 “News of his death is not a great surprise as I was aware he was in hospital and was in very poor health.

“All that, together with the pandemic and the reluctance of the French authorities to move things along, meant I was not hopeful that his trial would take place.

“But it is a matter of regret that we will not get the chance to face him in a court of law.

“That would have offered us some closure.

“I cannot deny that it is a good thing that he is no longer around, but he was always going to spend the rest of his life in prison.”

Mr Parrish said he believed the French authorities “dragged their heels” to bring Fourniret to justice.

He said: “We knew about Fourniret 16-years ago and he made a confession three-years ago.

“It has been a long time to be strung along.

“I do think to some extent the French authorities were hanging on hoping he would die.”

She was near the end of a year’s teaching French when she was abducted and killed.

She’d placed an advert in a local newspaper offering to teach English.

A post mortem examination revealed she’d been raped, beaten and strangled before being thrown in to The River Yonne.

It is feared Fourniret could be responsible for a string of unsolved disappearances across France with DNA evidence linking him to at least 21 murders.