Boris Johnson was “unwise” to refurbish his No 10 flat without knowing who was picking up the bill, a report finds 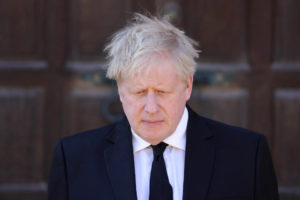 Prime Minister Boris Johnson was “unwise” to allow work on his Downing Street flat “without more rigorous regard for how this would be funded”, an independent adviser has found.

However, the PM did not break the ministerial code despite not knowing who was going to pick up the bill.

In fact, the renovations had been partially subbed by a Tory Party donor.

Lord Geidt’s inquiry found that Mr Johnson was unaware of the donor’s contribution.

He said: The Prime Minister – unwisely, in my view – allowed the refurbishment of the apartment at No 11 Downing Street to proceed without more rigorous regard for how this would be funded.”

Lord Brownlow, a Conservative life peer and former vice-chairman of the party, paid towards the redecoration costs.

The report states: “I have considered the nature of that support and am content that no conflict (or reasonably perceived conflict) arises as a result of these interests.

“In respect of the Conservative Party, because of the strong connection between them and the Prime Minister, I do not believe that such support would put the Prime Minister under any different obligation to the relationship he already has as leader of the party.

“In respect of Lord Brownlow, as a member of the House of Lords his interests are set out publicly and there is no evidence that he acted with anything other than altruistic and philanthropic motives.

“I accept that at the point when the Prime Minister became aware, he took steps to make the relevant declarations and seek advice.

“I also accept that, up until that point, he had reasonably assumed that earlier advice about the establishment of a Trust had taken care of his interests.”

Sheffield Black Hair Care Project is 'therapy on so many levels'